Day turned out better than I thought it would. We left EWR around 8:00am and were on the beach at Les Ilets by 1:00pm.....not too shabby.

It could have gone much worse. There was no saturday morning mob scene at TSA....only maybe 5 people in line. Took less than 5 mins. So we're sitting in the United lounge and Mr.B starts going ape shit....abnormally so. He is a seasoned traveler and went for a nice long walk around 5:00am, so I was not sure what was up.

Anyway, we had some time, so I took him back outside the airport. Soon as we get out there he starts going for any grass he can find and gobbles it down. After 5 mins......giant fountain of puke.

Now I'm sweatin it, because I still have to get back in line for TSA security and Jacki is still in the lounge.

Bottom line, we got back on time, Barty puked one more time on one of my old tshirts (in his bag). I washed him off in the mens room and threw out the shirt.

End of drama....Barty slept the whole flight down and he is back to checking out the plage and eating like a pig.

Life as a Snowbird

Naples on the 6 month plan 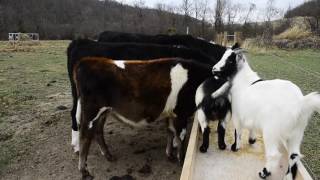 Getting ready for winter